How the World-Famous Water Rokit took off 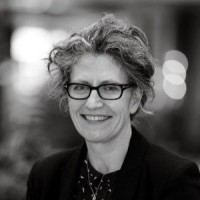 Hinterland was the first company to bring a precision water rocket to market. A British, family-owned company passionate about bringing science alive around the world. Inventors, Roger Wilkins and Max Jackson, both engineers, conceived the idea of the Water Rokit in the 1980s. It took some trial and error to develop the Water Rokit, ensuring the components worked together properly, and were capable of withstanding the impact of landing launch after launch! Testing was done with experiments on the release pressure, the nozzle, the bottle size, and the amount of water. Making it a viable re-usable Rokit.

1983: The prototype Water Rokit is launched in the local park with Roger Wilkins & Max Jackson (the inventors), all the children (two sets of twins) and the dog. Final adjustments have to be made on the fins and the cap as a result of the experimental flights. Ready now to commit to the product going to manufacture. Countdown has begun.

Soon after, in early 1984 Roger “the Rokit” Wilkins and his son Jonathan set off, in a car packed with Water Rokits, to Basel to attend the Worlddidac exhibition, the global trade association for educational resources. 500 Water Rokit kits flew off the stand at G force velocity. The Water Rokit started its orbit into schools and colleges worldwide as an important STEM tool for physics and demonstrating Newton’s Laws of Motion. By 1990 Water Rokit was the preferred scientific item in the UK core Science Curriculum and a company in Japan ordered 1000 kits – out of this world!

Water Rokits are orbiting around the world in schools and colleges, as well as individual households. Children, teenagers, teachers, and science geeks are all reveling in the reusable Water Rokit that teaches the Laws of Motion. Hundreds of thousands, of Water Rokits are sold worldwide – the trajectory of the Water Rokit now reaching schools and colleges in Australia, Canada, France, Germany, Japan, Nepal, New Zealand, Norway, South Africa, Sweden, Switzerland, the UK and USA.

In 2012 Teaming up with NASA and UCLAN, Roger Wilkins and his two sets of twins, attend the Guinness World Records‘ 24-hour rocket challenge armed with Water Rokits.

Year 7 pupils launched 86 rockets in one hour in an attempt to break the Guinness World Record for the most bottle rockets launched. Pupils learnt about the power of air and water pressure to enable them to propel as many bottle rockets into the air as possible.

The Brentwood School pupils took part in the challenge as part of its annual Science Day. This quote is from the Romford Recorder in July 2012.

The world record attempt was exhilarating and we are pleased to be a part of such a fantastic experience on the same day of the discovery of the Higgs boson.

Daniel & Jonathan (twin sons of Roger “The Rokit” Wilkins) decide the Water Rokit needs to be re-introduced to rocket lovers all over the world.  Daniel establishes a partnership deal for Water Rokit that’s out of this world. In 2021, Hinterland Limited prepares to launch the NASA Water Rokit worldwide and soon the Rokits take off around the world with new packaging and exclusive stickers.

2022 and the Original Water Rokit packaging gets a facelift while keeping the world-famous retro theme. The company employs Charlotte Harverson to be in charge of Sales and Education – she is creating an area for education and science experiments to share with schools, colleges and individuals to add more fun to the product and help teachers when planning their experiments.

Water Rokit has teamed up with several charities including Salusbury World, a refugee charity in North West London, and STEM the Violence taking part in some brilliant workshops with the Imperial College, London Rocketeer and Space Expert, Dr Simon Foster.

Dr Foster has been working with the Water Rokit for years, describing it as “the best STEM tool on the market”.

We can safely say the sky is NOT the limit for Water Rokit – in the same way that Water Rokit IS Rocket Science. There’s so much more to come, more collaborations, more limited-edition packaging but always the same, reliable, sustainable, original Water Rokit on the inside. A world-class, reliable, repeatable kit that uses recycled fizzy pop bottles and has replacement parts for a more sustainable product. Produced here in the UK.

It’s been some small steps on this Rokit’s trajectory, but definitely we see some giant leaps when the Water Rokit takes to the skies! You will always remember the day you saw your first Water Rokit!

This is not a toy. This is an educational kit which demonstrates a science experiment. All assembly and operation of the kit should be done and supervised by an adult or aged 14 and up. Read instructions before use.

Contacting us is easy, simply complete the form below.